Get To Know Derek Humbard

Derek began his professional journey nearly eighteen years ago, when he graduated with an accounting degree from Indiana University. Since then, he has worked across multiple industries, where he has held positions ranging from Auditor all the way to CFO.

“I really like the ten-thousand-foot view of a business that accounting gives you, and over the years my interest in business has expanded outside of just accounting,” he explains.

Aside from his many years of accounting experience, Derek also has some background in other areas of business, including finance, operations, marketing, and strategy. His interest in the multiple facets of business eventually led him back to the classroom, where he earned his MBA with an emphasis in new venture management.

In 2016, we struck the jackpot when Derek moved from San Diego to Portland and joined our team. As Chief Financial Officer, Derek is responsible for designing and implementing our financial strategy while overseeing our administrative team. He says his favorite thing about Portland Internetworks is the people: “The people that we hire can do their job, but it’s so much more than that. We hire really interesting and good people. Our culture is great. It’s the best company I’ve ever worked for.”

We have it on good authority that the chocolate chip cookies and the keg full of beer and cold brew are working in our favor, too.

While he may be an accounting ace, Derek is a jack of all trades: he’s our resident Master of Memes and, having lived in two of the country’s greatest craft beer hubs, a beer aficionado. When he’s not quietly pouring over spreadsheets or battling it out in ping pong at the office, Derek enjoys exploring, whether it be one of Portland’s many charming neighborhoods or traveling internationally (his goal is to visit 100 countries around the globe- he’s at 23, so far). Above all, Derek loves to spend time with his family, doing just about anything. He says, “it’s more about who you’re with than what you’re doing.”

Derek’s synergism and attention to detail, coupled with his compassion and genuine friendliness make him the perfect guy to lead our financial operations and help drive the company vision.

Connect with Derek via email or LinkedIn. 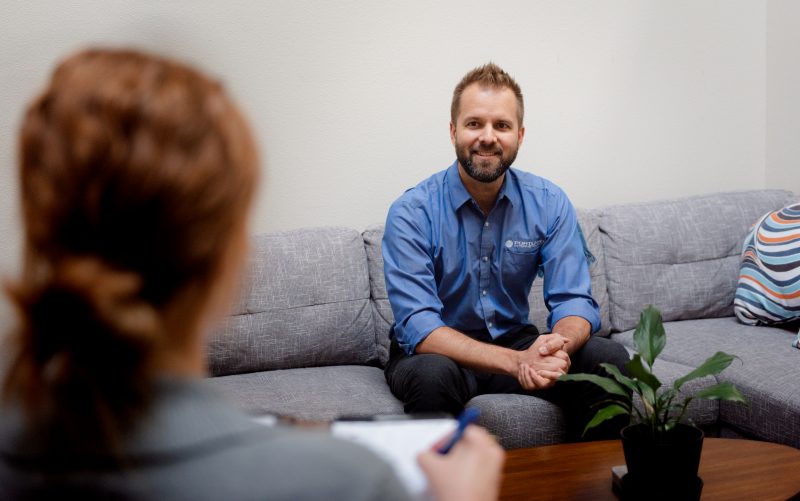 An Interview With Thomas Denning