How Distributed Rendering Can Save You Time and Money

How Distributed Rendering Can Save You Time and Money

The typical 3-5 year workstation replacement cycle might be fine for people who’s job revolves around checking email and working in Microsoft Excel all day, but not when you are working on rendering the latest addition to Portland’s rapidly expanding skyline. Revit, AutoCAD, 3dsMax and the slew of Adobe products all require a little more horsepower under the hood to render their graphically heavy creations. Long rendering times lead to employees spending time watching a loading bar move across the screen instead of working on things more worth their valuable time and energy.

As such, architectural design firms have often needed to make a tough choice: Do we spend money on keeping everyone’s workstations up to date with the latest (and most expensive) hardware? Or should we be more fiscally responsible and let workstations age while our architects spend their time watching their work move like molasses? If you are faced with these challenges, then distributed rendering could be the solution.

The concept of distributed rendering is simple. Rather than rendering a frame or object locally on the user’s computer, a rendering program (such as V-Ray, 3dsMax or SketchUp) can schedule the job to run on a different computer on the same network. This means that while a job is rendering, a user can continue to use their computer as normal, while all the “heavy-lifting” is done on another computer. By offloading all of these heavy rendering jobs, hardware requirements for everyday users can come down, allowing for the use of much more modest (and therefore cheaper) workstations.

This is just a start, with the addition of a scheduler application (such as BackBlaze or Thinkbox’s Deadline) employees can schedule many rendering jobs that can be run in sequence, and even schedule their jobs next to a coworker’s. Some applications (such as V-Ray) even allow for a newer distributed rendering technique called “swarming” which allows unused processing power across an entire network to be used during rendering jobs. Have a very large project that would take several hours to render on a single computer? Simply schedule a job to run in the middle of the night when nobody is working and the whole latent computing power of your office can be utilized to process the file correctly and efficiently.

Distributed computing is even breaking its way into non-graphically heavy fields, and chances are if there is a task that takes a very high amount of “computing time” there is an application that can distribute that task to another computer. Portland Internetworks is familiar with these and many other cost and time-saving technologies, so if there is an issue that you are having trouble tackling, give us a call to take a crack at it! 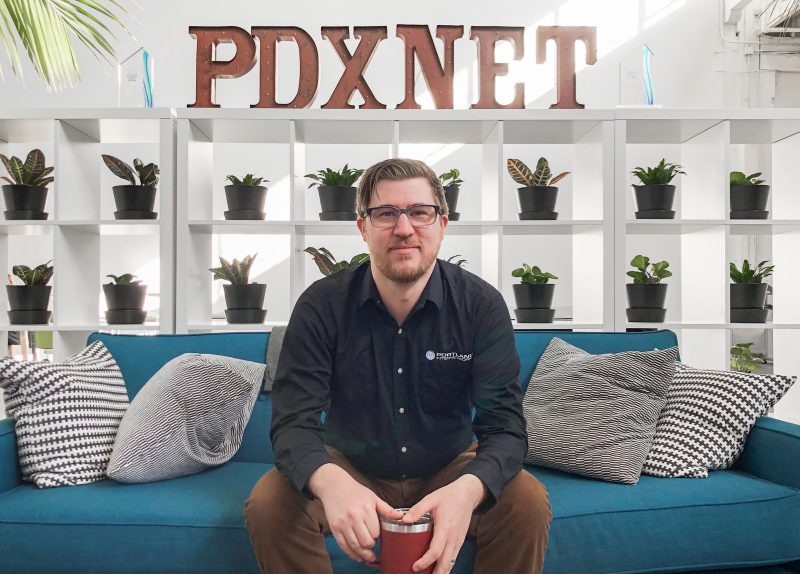