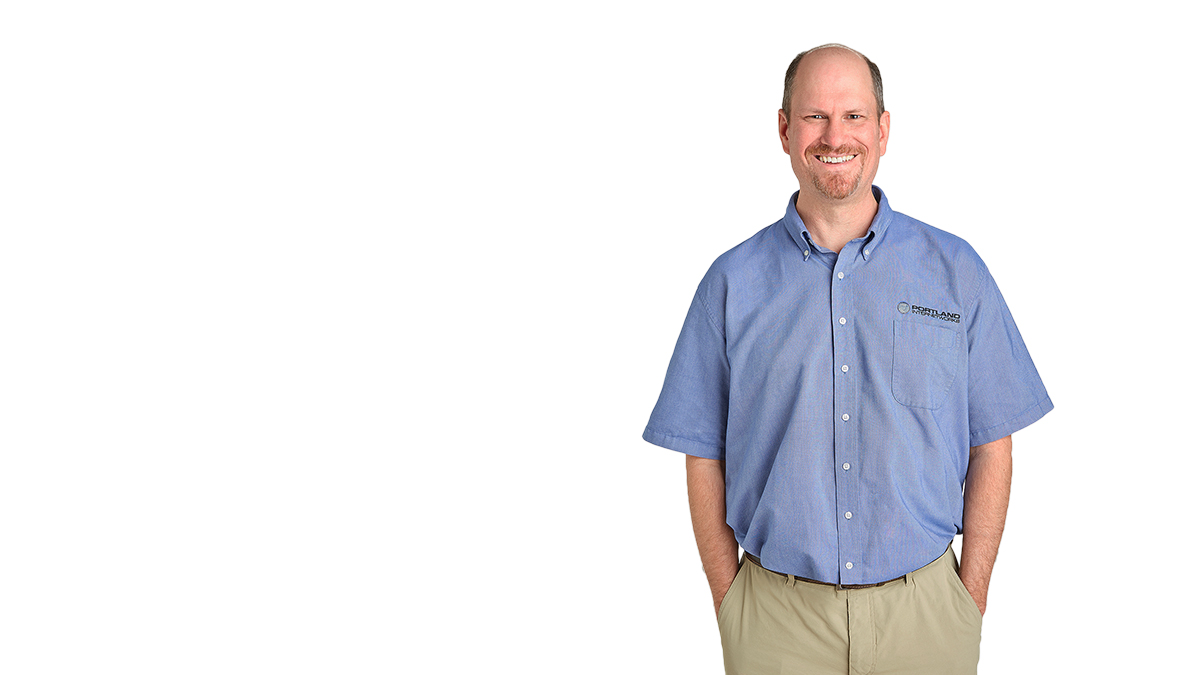 You know him, you love him, and today Andy Key celebrates his 22nd anniversary here at Portland Internetworks! Regarded as one of the smartest bunches of our team, Andy is a master ping pong player, a network and computing aficionado, and an all around stand up kind of guy. Outside of work, however, Andy is a master guitarist, a golfer, an avid hiker, and a family man at heart. When asked about his favorite color, Andy explains that it has to be green as it directly correlates to his love of evergreen trees. Those close with Andy outside of the office would describe him as very competitive when it comes to game and sports, but not so much with music and other things he enjoys.

While Andy was born and raised in Corvallis, Andy went to school at the University of Oregon and got a B.A. in history with a minor in English. Andy’s daughter currently goes to Oregon State, so he roots for both teams whenever football season is in session. After college, Andy started working at a printing company, but as time passed he felt like his current job was in a dying industry and wanted to try something new. During his search, he found Portland Internetworks, thought to himself “man, working at an ISP would be cool!”, applied, and the rest was history! Fast forward 22 years later, Andy is now a master in all things I.T. Believe it or not, all of Andy’s smarts in the I.T. world actually came from all of his experiences here at Portland Internetworks.

Andy describes his perfect day as being outside, either golfing or hiking, and then hitting a brewpub afterwards. Somewhere in the mix nachos would be included (be it lunch or dinner), and to end off the day, Andy would watch a great movie to wind down. Two of his favorite movies include Tommy (1975) directed by Ken Russell, and A Clockwork Orange (1971) which was directed by Stanley Kubrick (both of these are also his favorite directors!)

Going back to his guitarist lifestyle, Andy has been into music since he was a little kid. He started playing the guitar at the age of 12, and has now been in a few bands during his lifetime. One might argue he’s practically a professional! A song that he will never forget the lyrics to is Fire by Jimi Hendrix, as it’s the only song he’s performed live where he had to lead the vocals. Andy explains that he wants to be a jazz guitarist, and that Joe Pass is the gold standard for the type of music he wants to eventually play.

Thanks for everything you do for us, Andy. Portland Internetworks wouldn’t be the same without you!

Connect with Andy via LinkedIn or email.